Why Do Antibiotics Cause Yeast Infections?

Why Do Antibiotics Cause Yeast Infections? Antibiotics can also contribute to the formation of Candida species resistant to common antifungal medication, such as Candida galbrata. Some antibiotics have been shown to be more yeast infection inducing than others: Based on this research, I came up with a list of the antibiotics you should try to avoid and those that seem safer in terms of Candida colonization. Discuss with your doctor which antibiotics would be best for you and if it’s possible to switch to a safer alternative (it may not always be possible).

Antibiotics that can cause a yeast infection (with their brand names in brackets): How to Avoid a Vaginal Yeast Infection While on Antibiotics?

If you want to avoid getting a vaginal yeast infection while on antibiotic treatment, make sure you try to replenish the good bacteria in your body. You can do it in three ways:

Other things you can do to prevent a vaginal yeast infection while on antibiotics are:

It’s worth to think twice and consider other options before taking antibiotics and only take them when absolutely necessary. According to the National Institute for Health and Care Excellence, in England alone, one in four antibiotic prescriptions are issued unnecessarily. 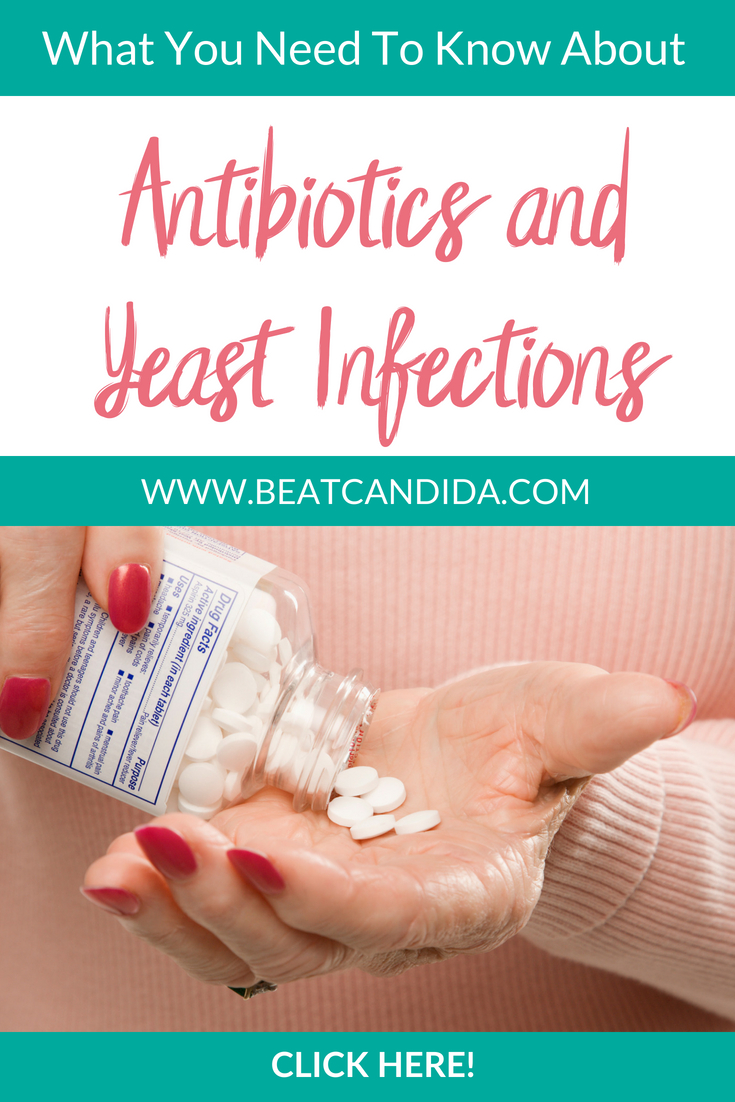 Antibiotics can seriously affect your bacterial flora, leading not only to all sorts of yeast infections, but also IBS (Irritable Bowel Syndrome) and antibiotic resistance in future. While on antibiotics, follow the advice above and hopefully, you’ll be able to avoid a vaginal yeast infection.