If you’re looking for natural treatments for yeast infections, coconut oil is an excellent natural remedy for a vaginal yeast infection, mouth yeast infection and Candida overgrowth. It’s extracted from mature coconuts and it has got a variety of applications, from cooking to cosmetics.

Surprisingly, coconut oil can last as long as six months at 24 °C (75 °F) without going bad, so there’s no need to refrigerate it.

Coconut oil is rich in caprylic acid and lauric acid, fatty acids with antifungal qualities, which makes it one of the best home remedies for yeast infections.

Although it’s got a high amount of saturated fat, coconut oil

has become increasingly popular in cooking due to its sweet, nutty taste. It’s also more and more common in the cosmetic industry for skincare and hair products because of its fantastic moisturizing qualities.

How to use coconut oil to cure a yeast infection?

When you’re suffering from a bout of yeast infection prepare a mixture of five tablespoons of good quality coconut oil and a few drops of tea tree oil or lavender oil (or both!).

Pour the mixture into a suppository tray, put it in the fridge or freezer until it’s solid.  Insert one coconut oil suppository into your vagina overnight. Make sure you use a sanitary pad, as it’ll most probably leak. Use it every night until you recover. You can also use it once a week to prevent a Candida infection.

You can also make a coconut oil tampon by soaking a tampon in the coconut oil and essential oil mixture. However, inserting the tampon may be a bit difficult, so I recommend using homemade suppositories.

Let’s have a look at some recent studies:

Take a look at clinical studies which prove that you should use coconut oil for yeast infection: Coconut oil is not only one of the best natural treatments for yeast infections and Candida overgrowth but also bacterial infections, such as BV thanks to its antimicrobial qualities. What’s more, coconut oil pulling is considered an effective natural way to boost your oral health. All these uses make it a must-have home remedy that you should always keep in your pantry. 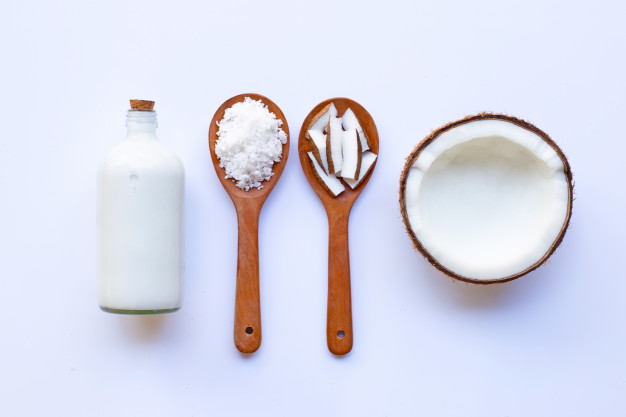 So, is coconut oil antifungal? There’s no doubt that coconut oil will help you treat yeast infection, Candida overgrowth or other fungal infections. It kills Candida and other fungi and bacteria that can cause vaginal infections and well as other kinds of infections.

If you’re interested in using other antifungal oils check my articles about using essential oils and olive oil for yeast infection.